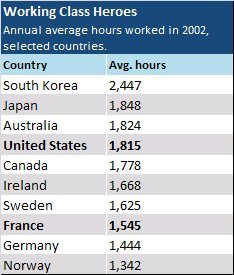 An article on CNN’s website notes Americans work harder than almost all workers in the rest of the world. Boston College economist Juliet Schor, author of “The Overworked American“, has called the U.S. “the world’s standout workaholic nation.” According to Schor, average working hours in the U.S. rose nearly 12% between 1973 and 2000.

According to the US Bureau of Nat’l Economic Accounts, GDP per capita in the U.S. has rocketed from $15,688 per person in 1964 to $37,807 per person in 2006. Schor notes that productivity of the U.S. worker has more than doubled since 1948. “We could now produce our 1948 standard of living (measured in terms of marketed goods and services) in less than half the time it took in that year,” Schor writes.

So Americans are working harder and longer than most of the world and past generations. That means they’re rolling in the dough, right? 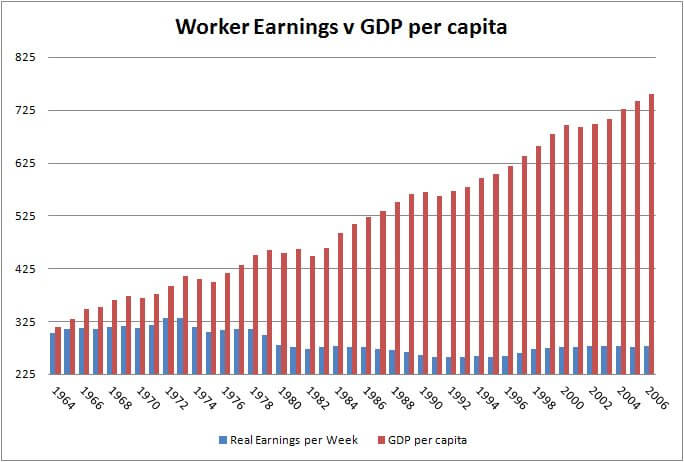 This raises the question, if U.S. workers aren’t seeing proportionate benefits of their hard work, where is it all going?


As they say, the rich only get richer. Happy Thanksgiving, I hope your boss lets you take a few days off.

For more information, go to: