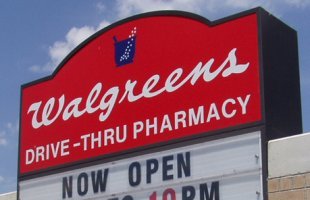 Fellow attorney Jim DeSimone and his associate, Do Kim, report a $2.1 mil. award to a plaintiff in a false arrest, negligence and Ralph Act civil rights case against Walgreens and private security contractor, S&J Security. The case went to trial before a jury in Los Angeles Superior Court. Omar Ray was a twice-convicted felon who worked for S&J Security, which was in turn hired by Walgreens. Mr. Ray spotted a Walgreens customer whom he claimed was stealing drinks. In fact, the customer was helping a friend, plaintiff Alicia Benham, RETURN the drinks because they had gone bad. Mr. Ray detained the customer and Ms. Benham. He then spent the next hour and a half bullying, threatening, and forcibly manhandling Ms. Benham, after which he then led Ms. Benham out of the store in handcuffs. Ms. Benham later testified that she was terrified and feared she was going to be raped. In the ensuing police investigation, Mr. Ray gave a false name and lied about events. Mr. Ray did not show up for his deposition or the trial. Congratulations to Mr. DeSimone and Mr. Kim on a hard-fought victory. These kinds of cases show what happens when a company fails to do an adequate background check on employees.